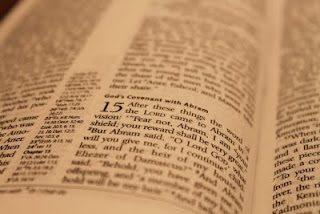 Last night we went to the tree lighting in Austell (see previous post about that) and because we didn't get home until late we did both days 5 & 6 tonight on our Jesse Tree. Day 5 introduces us to a man named Abraham in Genesis 12-15. And tonight we learned that God made a covenant with Abraham. God called Abraham to leave his land and follow him to a place he had yet to show him. I have always been amazed by the faith of Abraham to just follow God without question- to pack up his family and follow God even though he didn't know where God was leading him.

Because of Abraham's faith, God makes a covenant with Abraham and promises that his offspring will number greater than the stars and that all nations will be blessed throug him. This text is speaking of Christ. Jesus a decendent of Abraham who came to redeem all peoples, and all nations to God. And those of us who are redeemed are adopted into the family of God and thus are descendents of Abraham, numbering greater than the stars! 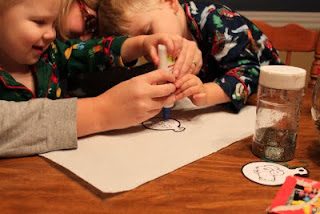 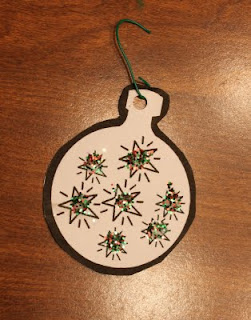 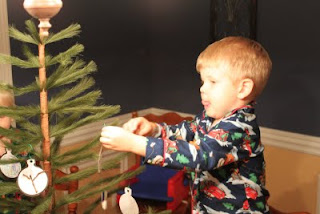 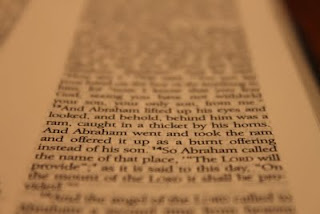 On day 6, we look at another passage about Abraham. Tonight, we learned that God promised Abraham and Sarah that they would have a son. Although they both doubt God and show a lack of faith in the birth of Ishmael, God still blesses them with a son, Isaac. And then just a few years later, God asks Abraham to sacrifice this same son. Again, I am in awe of the faith of Abraham who trusts God's promise to him that his offspring would number greater than the stars. Clearly, Abraham knows that Isaac is from God and so ultimately belongs to God. In a great act of faith, Abraham prepares to sacrifice Isaac and God provides a ram to be sacrificed in his place. Once again, we see a clear picture of Christ here in the Old Testament- the sacrifice provided by God to die in our place. Isn't it amazing how we can see God's unchanging character as we study His word? 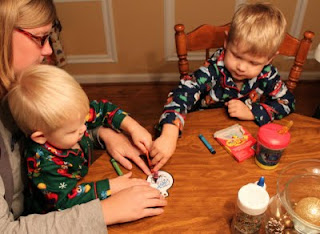 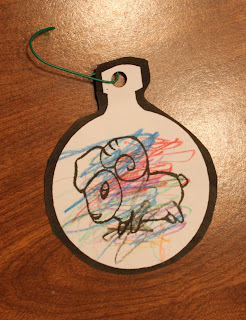 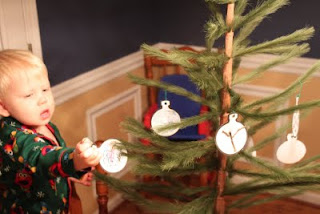