We celebrated Caleb's 7th birthday a few weeks ago and had a great time. We don't really do parties in our family. Instead we do something special together as a family that the birthday child enjoys. This year for Caleb's birthday we went to see the Ringling Brothers Barnum & Bailey Circus "Dragons." The boys were sooooooooo excited when they found out we were going to the circus! And even more so when they found out it was about dragons! We had a great night at the circus (Eden was a little too young to stay up so late or sit still so we let her stay home and go to bed!). I loved watching the boys' faces throughout the show. They were mesmerized. We got there early for a pre-show and got to walk around on the circus floor and see the clowns and elephants up close. The boys got clown noses and temporary tattoos. Our seats were really good and we were able to see everything very well. What a great 7th birthday surprise it was! 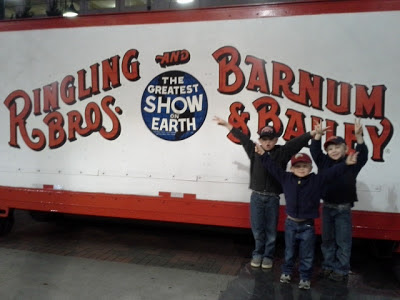 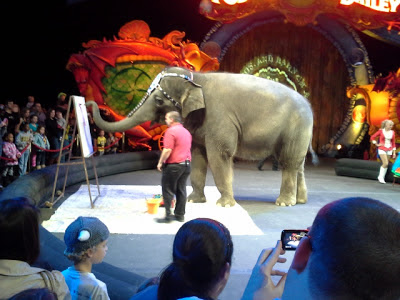 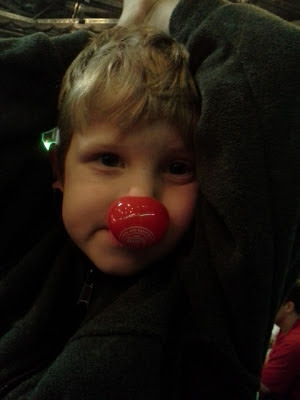 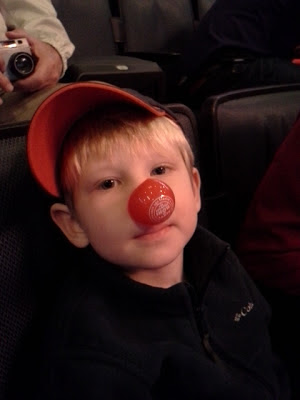 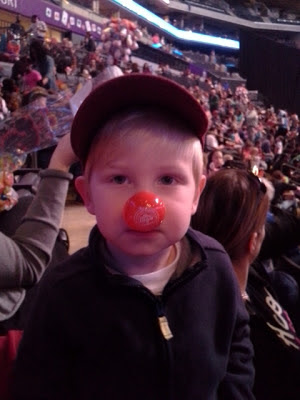 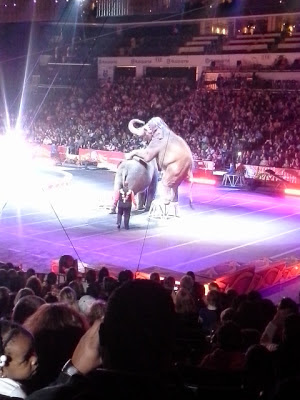 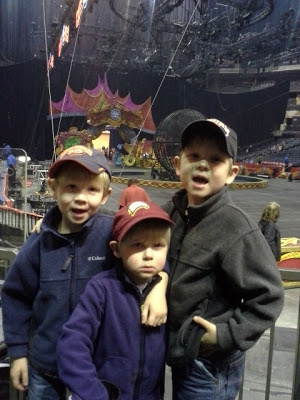 Then the weekend of Caleb's actual birthday, Nana ,PawPaw, Grammy and Pop-Pop came to celebrate with us. And Grammy and Pop-Pop brought a great surprise with them: Hayden! We had lunch at Chick-fil-a,. the kids played, Caleb opened presents, we had cake and then we went to the Children's Museum (at Hayden and Caleb's request). This year, Caleb requested an Optimus Prime birthday cake (WHAT?!?!?). So after extensive research, I decided to go with the frozen buttercream transfer method and tried to find an Optimus Prime that wasn't too detailed. The cake turned out pretty great. 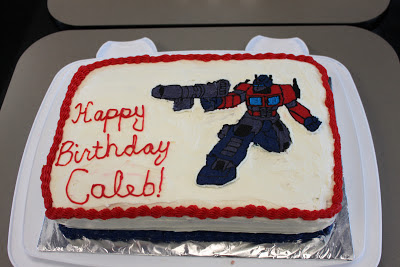 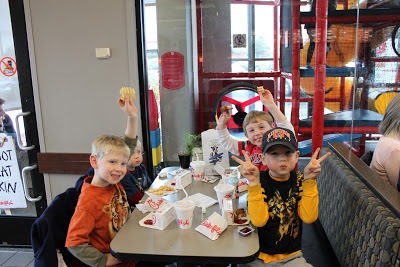 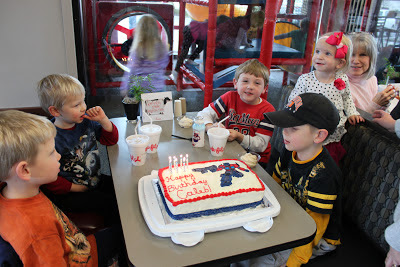 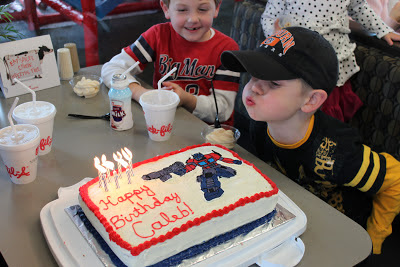 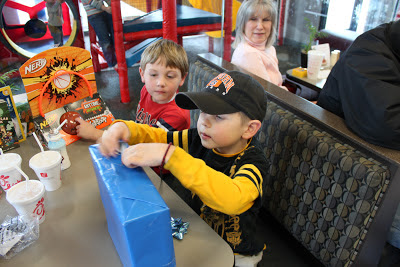 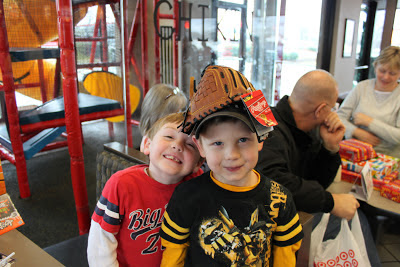 And then Caleb got his birthday wish. This kid has been dying for it to snow. And he was so bummed that Hayden couldn't spend the night. Well, to our very great surprise and his very great delight- it snowed.... a lot! (at least a lot for South Carolina). The forecast called for a few wet flurries so no one was worried or in a hurry to leave. Grammy, Pop and Hayden left about 4:00 and ended up turning around after they ran into a very dense snow storm! They were snowed in. So not only did Caleb get to play in the snow on his birthday but he got to do it with his best friend, Hayden. 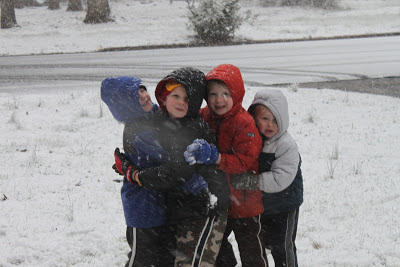 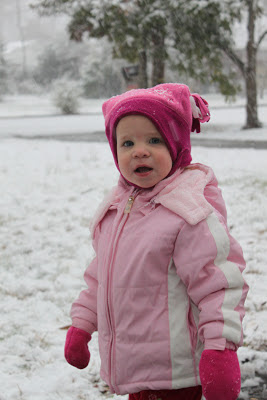 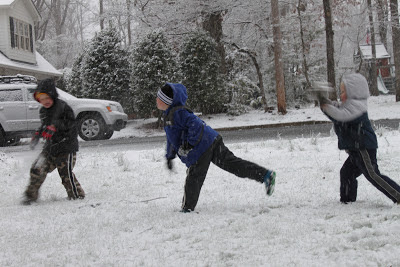 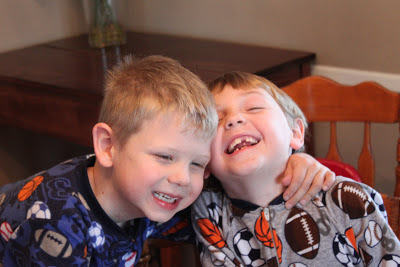 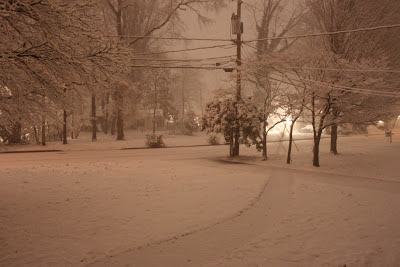 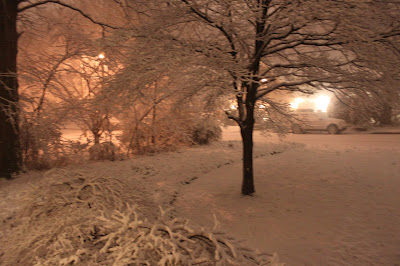 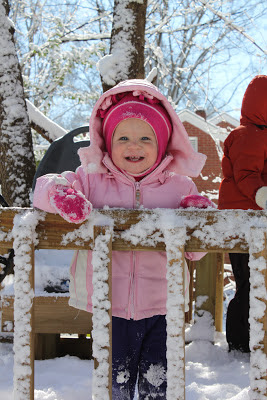 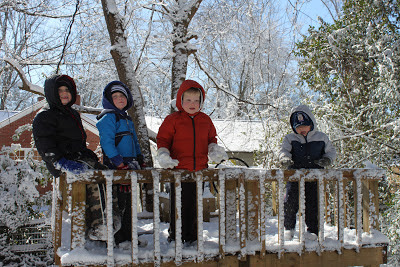 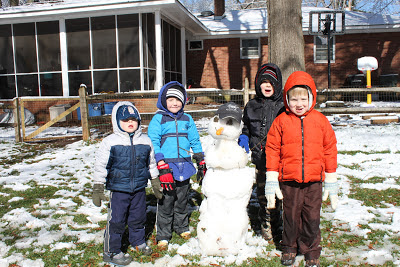