We awoke on Memorial Day with no plans and quickly decided we should go do something. For Christmas, my parents got us a year long pass to the South Carolina State Park system. So, we decided to go to a state park that is nearby, have a picnic and go fishing. We had hot dogs and chips, but no buns, but since we had to stop and buy a fishing license at K-Mart, we figured we'd get buns there. We decided to go to Lansford Canal State Park because it was close by, but also because there are some water lilies on the canal that only bloom each year from mid-May to mid-June- perfect timing!

So, we loaded up the car with all of our picnic gear and fishing gear and went to K-Mart for fishing licenses. It took forever to get them, but then we were on the road to the canal, planning to stop at a gas station on the way to get bait. Well, we got to the canal without passing any gas stations, but hoped that the ranger station in the park would have bait. As we entered the park, we quickly realized we were not the only people with the same Memorial Day plans! The place was packed!

But we were able to find a grill next to the playground and some very nice people offered us the picnic table that was right by theirs saying they didn't need it. As the charcoal was heating up, Jack and Caleb walked to the ranger station to get bait. Uh oh.... no bait. And the closest gas station was a 20 minute drive. Also about that time I realized that we forgot to get the hot dog buns! So, we were having hot dogs with no buns and fishing with no bait! Way to go us! Jack and I just laughed. We ate our bunless hotdogs and told the boys that  instead of fishing we were going to walk down to the canal to see the very special lilies. At this point we did not realize the lilies only grow on a certain section of the canal and you had to walk a .75 mile trail to see them. Keep in mind it is very hot and I am 8 months pregnant! But not one to disappoint my kids, down the trail we trekked! The boys did great (we had a stroller for Josiah). It was very hot and I had seen lots of people wading in the shallow section of the canal. I told the boys that when we got back, I'd let them get in the water. Jack looked at me like I was crazy seeing as they weren't wearing bathing suits and we didn't have a change of clothes. But we had packed a few towels, just in case, and they were so excited, I just couldn't say no!

About halfway down the trail, we saw lots of people stopped and looking up. Turns out there was a bald eagle nest way up in the trees with a male and female bald eagle and their babies. We couldn't see it really well with our eyes, but a man had a camera with a super huge lens and he let the boys look through it to see. It was really neat.

Finally we reached the lilies. They really were beautiful and they covered the canal. We looked at the flowers for a few minutes and the boys chased a few lizards around the observation deck before heading back .75 miles. Yes, this momma walked 1.5 miles in the heat of the day 8 months pregnant just to make memories with her kids! It was so worth it!!

When we got back Jack and the boys waded in the canal- which they all absolutely loved. All in all, it was a great day- no buns, no bait and all! 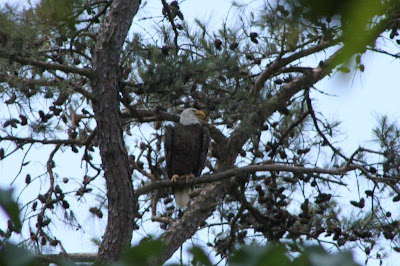 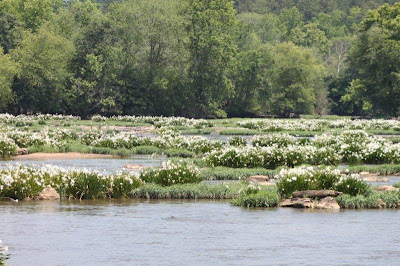 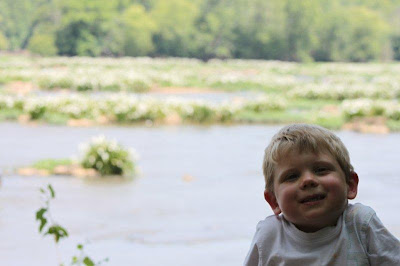 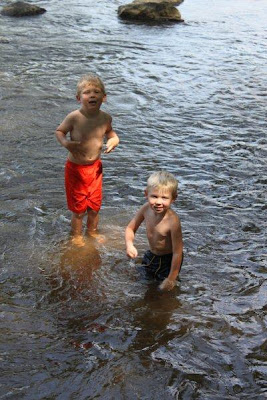 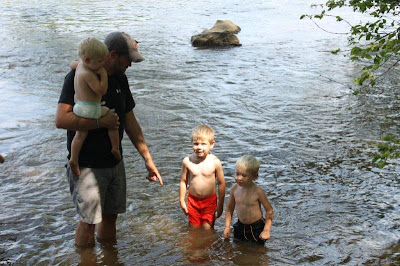 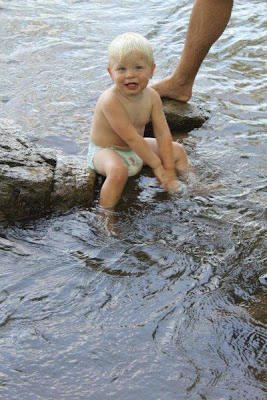 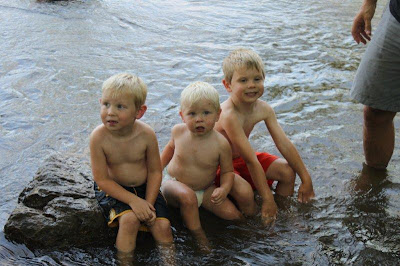 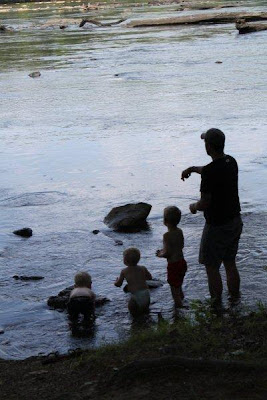