Yes, you read that title correctly... I am on baby number 3 and I have decided to make my own baby food. Why, you may ask, am I doing this after feeding two children store bought baby food? The answer my friends is simple: money. Yes, I am making my own baby food in an effort to save money. It is something my sister and I talked about a month or so ago and then I read on my friend Courtney's blog about an amazing machine she had to make baby food called the Babycook. I watched an online tutorial about the babycook (I did not buy it from William Sonoma, just watched the video there- I found it cheaper elsewhere online!) and I was convinced. I told Jack that if I was going to do this with three kids to take care of, it needed to be an easy process- not something that took hours each week. The Babycook seemed to be the answer to my desires for something easy- a machine that did everything- steam, puree, defrost and reheat. So, thanks to my wonderful in-laws I had Christmas money to spend and I chose to by a Babycook. It arrived last week and today was my first attempt at making babyfood. I gotta say, it was very fun and very easy.

I decided to make pears. Two reasons why- Pears were the first baby food I gave Caleb and Noah and also pears were on sale this week at Publix. I bought 4 pears for $1.66. I peeled the pears and chopped them. 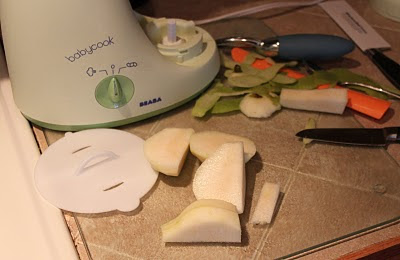 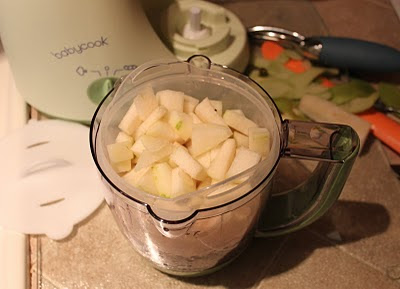 Then I locked the bowl into place on the babycook and turned the knob to steam. 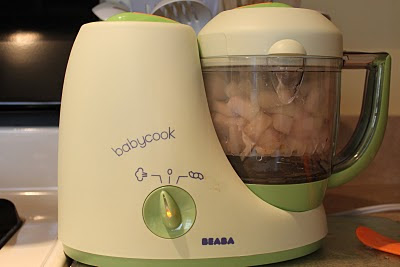 It took about 10 minutes for the pears to steam. When the light turned off on the babycook, I removed the bowl and steaming basket. Then I poured the steamed pears out of the steaming basket back into the bowl (saving a bit of the water) where the puree blade was already attached. 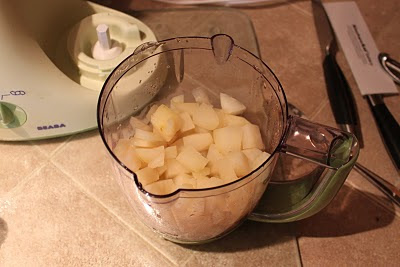 I locked the lid on and the bowl onto the babycook, and turned the knob towards puree. 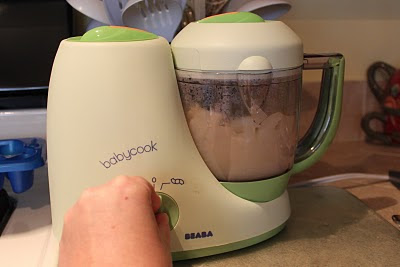 It only took about 7 seconds to puree the pears to the right consistency. 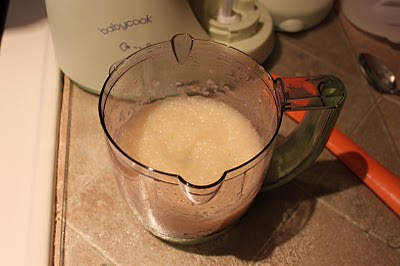 Then I scooped the pear puree into ice trays and put them in the freezer for several hours. 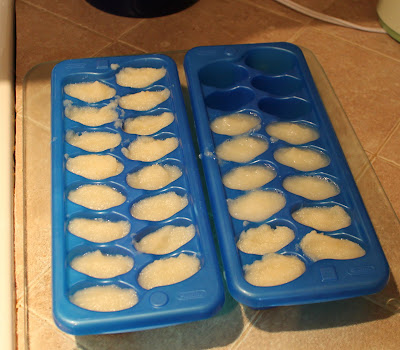 Finally, I removed the frozen pear purees and put them into freezer bags so that I can reuse the ice cube trays for more babyfood. 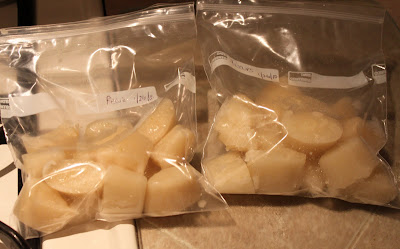 Now I just need to defrost and reheat individual pear purees for Josiah to eat! I was able to make the equivalent of almost 11 stage 1 jars of babyfood for only $1.66! I am in love with the babycook! I can't wait to buy more produce and make more food! And tomorrow, Josiah gets to try his first homemade pears. To be continued.....

O'Dell Family said…
Great post! I have made all of our baby food. There is a great book out there called First Foods or maybe it's First Meals by Annabel Karmel! Check it out! Good luck!
January 27, 2010 at 7:32 AM