I have been so heartbroken watching the tragedy unfold this week after the earthquake in Haiti. Haiti is a place that is very dear to me. I've traveled to Haiti 5 times on mission trips and it has changed my life. I have worked in Ft. Liberte, Haiti, a small town in the northeast. We work alongside one of the most godly men I've ever had the privilege of knowing, Pastor Andre Jean. He is an incredibly intelligent man with a doctorate in theology who could leave Haiti and teach here in the U.S. but who chooses to stay in Haiti to minister to the great needs there, both spiritual and physical. His church, Jerusalem Baptist Church, and an American organization the Friends of Ft. Liberte run the clinic, orphanage, old folks home, school, and child sponsorship program that we have worked with. It was in Haiti that I felt God's call on my life to work with children. It was in Haiti that I witnessed faith unlike any I had seen before that challenged me to live a life of faith. It was in Haiti that God burdened my heart for missions. And so this week as I saw the devastation there, I have been broken, deeply broken.

I was very thankful to learn that everyone in the town of Fort Liberte, Haiti was not harmed in the earthquake. However, they have not been unaffected. We have had blog updates from Pastor Andre that many in Fort Liberte have lost family in Port-au-Prince and that refugees have begun arriving in Ft. Liberte needing food, shelter and medical attention. Many are former residents of Ft. Liberte who had move to PAP or people who have family in Ft. Liberte. The church has also lost at least 15 members who were in PAP at the time of the earthquake.

If you, like me, are moved by what you see but you don't know how to help let me tell you that we have chosen to give to Friends of Ft. Liberte for Earthquake Relief. This is the organization we have worked with for over 10 years now- I trust them, I know them. Every single penny given will go to Pastor Andre. He is there. He knows the needs. He is a well-known, well respected man all over the country and he knows pastors and churches in Port-au-Prince who are in dire need of help- he will get our money to them. If you are interested in giving go to http://www.haitifriends.com and click the donate button. If you are interested in keeping up with Andre's updates, the blog address is http://haitifriends.tumblr.com/

Here are some pics from my last trip to Haiti in 2002. 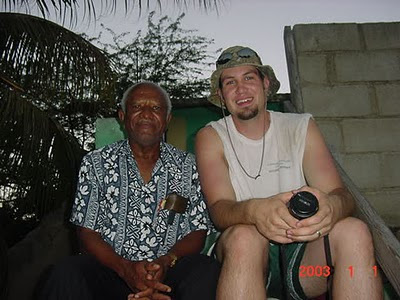 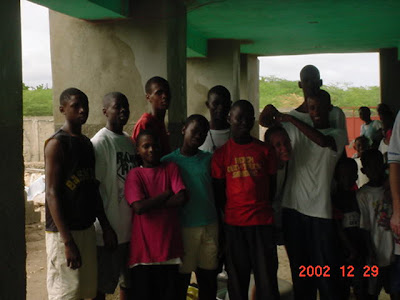 Some of the boys at the orphanage. Many have since become adults. Junior (third from the left on the back row in the red shirt) is now in medical school in the Dominican Republic and plans to return to Ft. Liberte when he finishes school to run the clinic full time. He is also keeping us updated via his facebook. 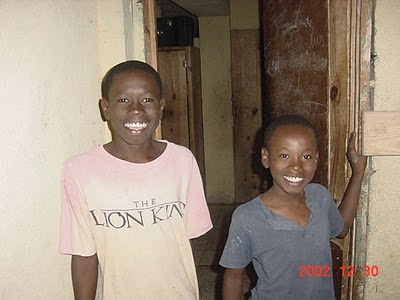 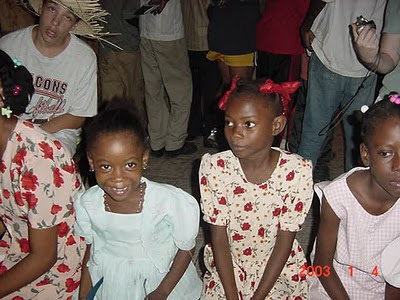 Some of the girls


Jack with Ariel and our sponsored child, Tchi-Tchi at the orphanage