For about a month now I have been planning to share pictures of Eden's room. We are renting a small three bedroom house, so when we found out Eden was a girl, we had a decision to make. Have all three boys share a room or have one of the boys share with Eden. We quickly decided that all three boys in one room would be just too much, so then the question was should we leave Josiah in the nursery just move him to a big boy bed and put Eden in the crib. Caleb had been begging to share a room with Eden, but weren't sure about splitting him and Noah up. But as Josiah got older we realized he really wouldn't be able to handle having Eden in his room- he wouldn't be quiet or leave her alone we were sure! And as Caleb and Noah were fighting more, we though maybe having separate rooms was a good idea! So back in May we moved Josiah into a twin bed in Noah's room and we moved Caleb in to a twin bed with trundle drawers in the nursery. The bed was an awesome gift from my sister and brother-in-law and his parents. It is perfect and Caleb loves it! The drawers are his dresser since there is not room for another dresser in there.

I wanted Eden's half of the room to be feminine, but also to mesh with Caleb's half. So, I went with a blue/brown theme. I am so thrilled with how it turned out. I think it is so sweet and girlie, but not too girlie to share with a 5 year old boy! I found a crib set online that I loved, but it was ridiculously expensive! So, Jack's mom made me a beautiful set for Eden and I couldn't be happier! We repainted the dresser/changing table to match and I even stenciled a design on it! And finally, we put some wall art above her crib that says, "Princess, Daughter of a Heavenly King." There are lots of little touches like her letters, and a matching lamp and such that just fell into our laps.

Here are the pictures 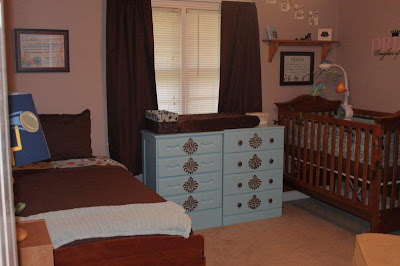 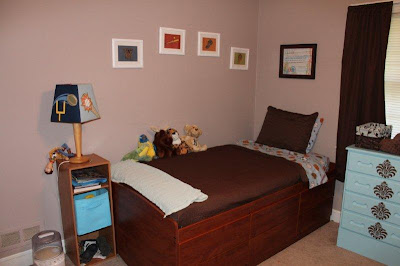 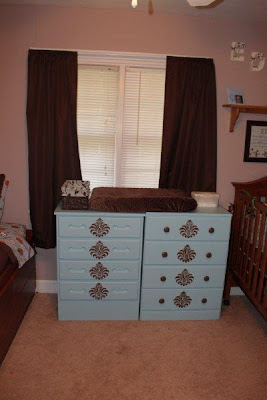 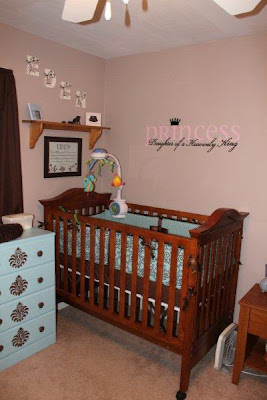 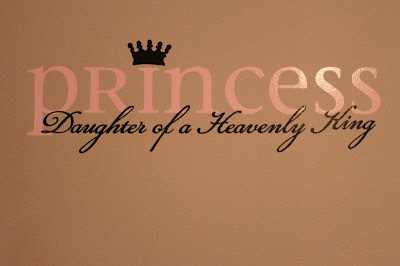 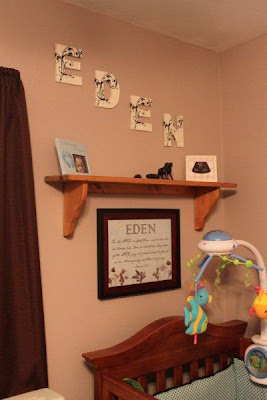 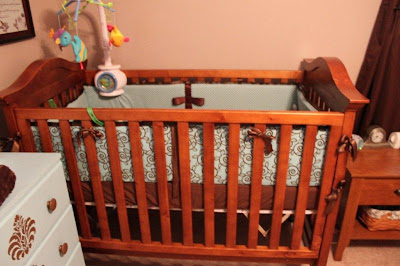 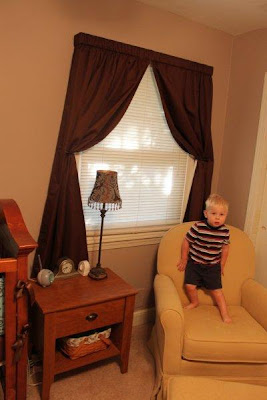 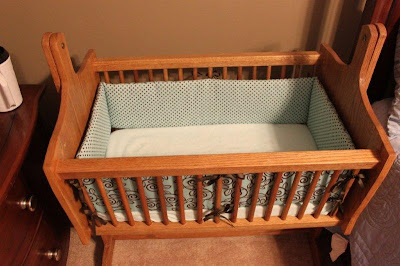 This is the cradle that Jack built when I was pregnant with Caleb and that all of our precious babies have slept in for the first few months! Jack's mom also made matching bedding for it.

O'Dell Family said…
Their room looks so great! I love the bedding Jack's mom made, so sweet. Carter and Summer share a room, so we're all about the brother/sister love, ha! Hope y'all are doing well!
August 16, 2011 at 3:32 PM