For the past few Halloween's I've had a lot of fun making the boys' costumes. Plus, they are cheaper and cuter than the ones in the store! As I thought about this year, Superheroes kept coming to mind. The boys love to play Superheroes. They love Batman, Spiderman, Captain America.... but more often than not they come up with their own heroes. So, I decided it would be fun to create our own Superheroes for Halloween. Caleb is currently obsessed with grizzly bears so his superhero is Grizzly Man. Noah's came out of the blue.... Dragon Man- he breathes fire! And Josiah was Lion Man. I had Jack design their superhero logos on the computer and then I created their costumes... I mean superhero disguises. I think they turned out pretty cool and the boys loved them. Eden was of course, a princess. One who if faithfully protected by three heroes. :) 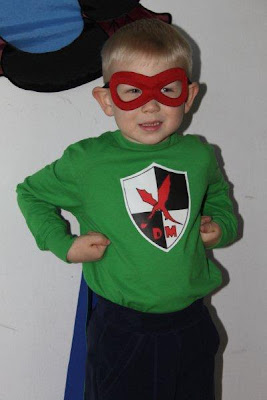 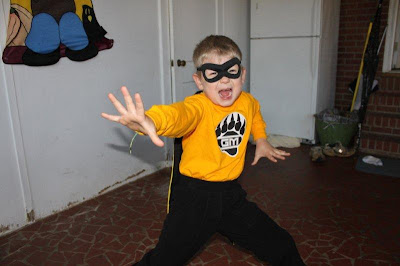 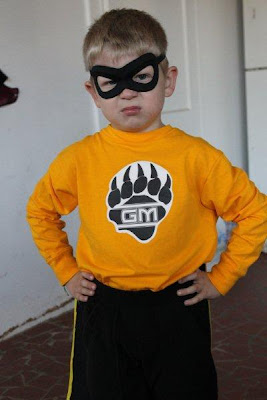 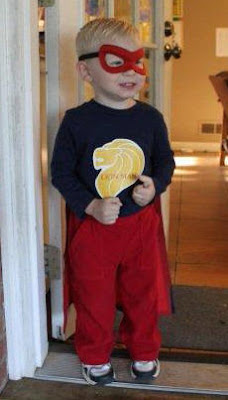 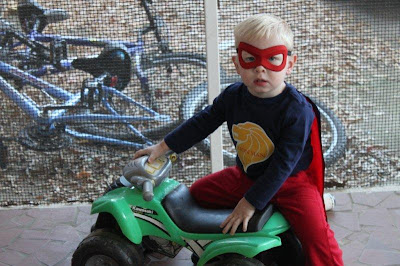 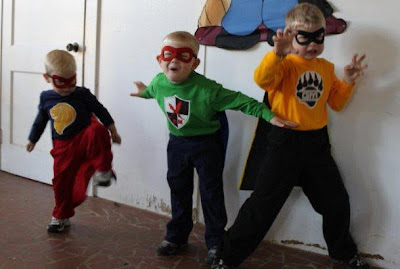 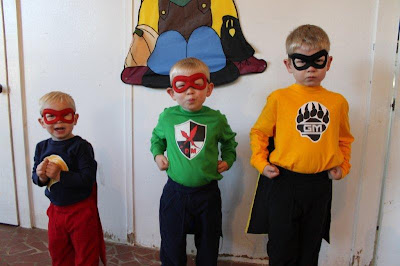 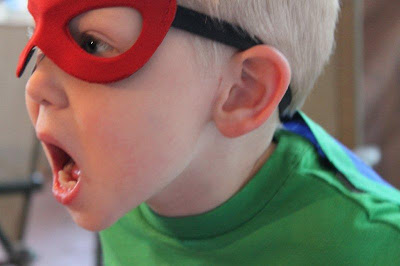 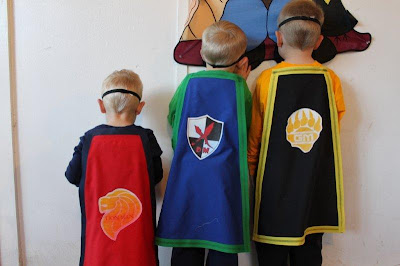 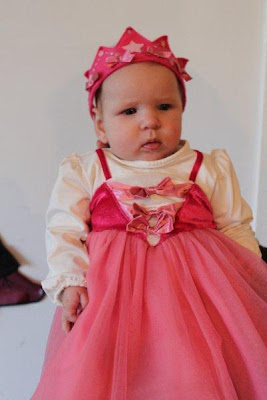 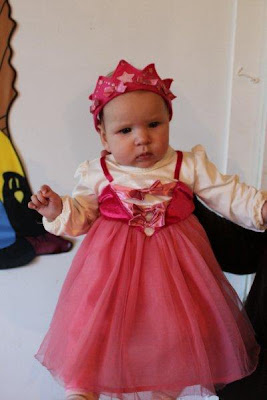 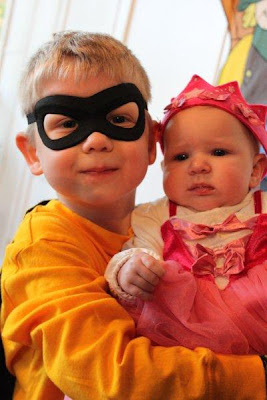 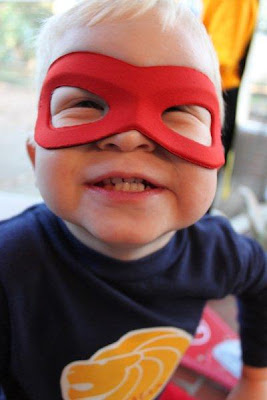 What am I going as this year? Well, the Queen of this castle, and my favorite superhero Supermom! :)