We came back from our visit on Friday so that we could be here for Caleb's first soccer practice and game. He is on the Chick-fil-a team with his friends Jaycie and Charis. Our friend, Phud, is the coach and Jack is going to help him. Unfortunately, Jack missed this first week since he was still in Puerto Rico. So I was ordered to take many pictures and video. Hopefully soon Jack can edit some of the video so I can put it up here.

Caleb did great. He really enjoyed it. They spend the first 30 minutes or so doing warm ups and exercises and then practicing a skill. Then the last 30 minutes is spent playing a game. I loved watching him doing the exercises and stretches. Too cute. I know I am so very biased, but I gotta say I think he was the absolute cutest little soccer boy out there! When they started the game, Caleb just stood there. I said, "Buddy go get the ball. Kick it!" and he said, "But Mommy the ball is not coming to me!" Poor kid! He's never actually seen a soccer game. He knows the basics- kick the ball, don't touch it with you hands (something some other members of our team did not know so well!), kick it in the goal. But he's never played against someone, so he was just waiting for someone to kick it to him like Daddy does in the backyard! (Marla, we need Savannah to come up and have a soccer workshop with him!) Once he finally realized he had to just get in there and get the ball, he did great. He is really looking forward to Saturday when Daddy will be there to help coach.

Here are some of the many pictures I took on Saturday. Now tell me, isn't he just the sweetest?!?! 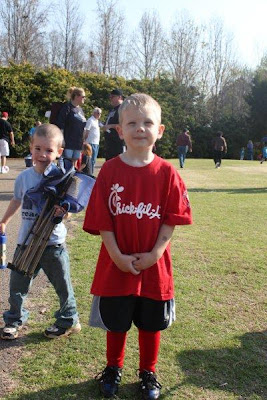 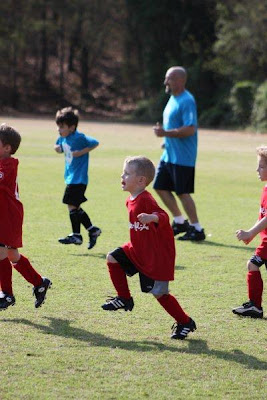 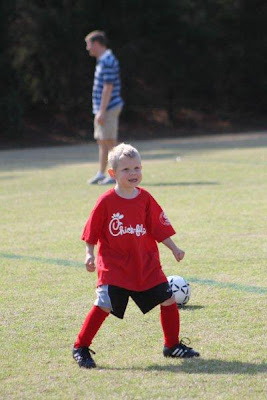 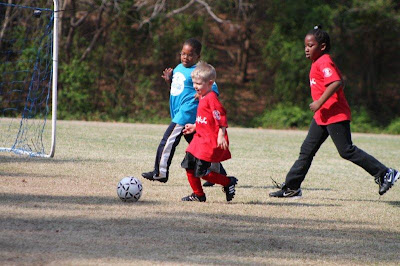 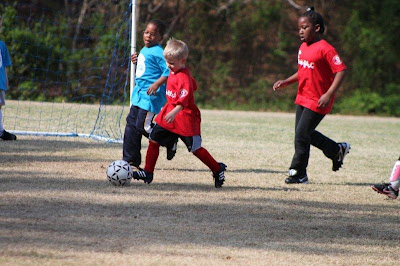 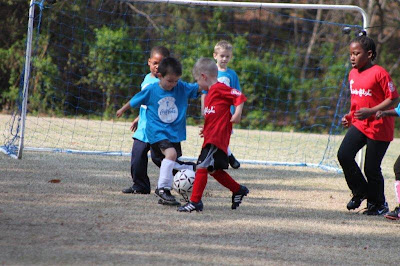 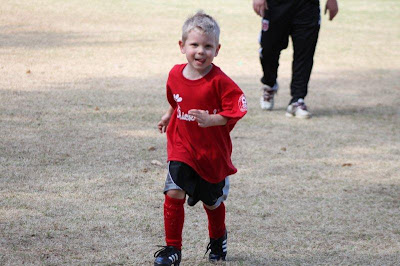 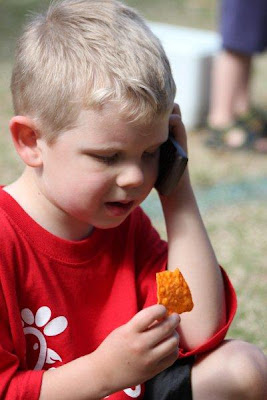 Talking to Daddy after the game. 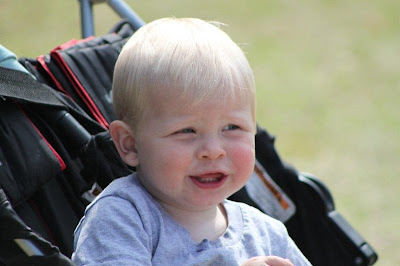 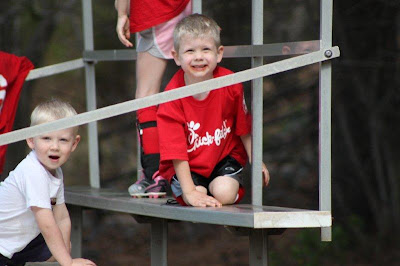