Memorial Day weekend, Jack and I got the sweet opportunity to attend a World Changers Summer Staff Reunion. I've gone to a World Changers project every summer except one since 1994. Jack also went to World Changers as a participant in high school and then he served on summer staff in 1997 and 1998, he took a group to two projects in 1999 and then 10 years ago in the summer of 2000 we served together and fell in love on summer staff. Since 2000, we have taken groups, been associational coordinators, ministry coordinator, the Project Coordinator and worship speaker (Jack) every summer except 2004. All this to say, World Changers holds a place near and dear to us.

This summer, World Changers is 20 years old and to commemorate that milestone there was a reunion. We really enjoyed seeing many friends from our years at World Changers. But for us, the sweetest reunion was with our friend Keith Loomis. Keith was one of our bosses in 2000 when we served together. We don't know why, but for whatever reason, we really bonded with Keith that summer. He did not train us nor was he the national staff assigned to our team nor was he a project coordinator, but we bonded with him none the less- we just fell in love with him. We asked Keith to help officiate our wedding the next summer. Over the past 9 years our paths have crossed several times and thanks to the invention of facebook, we've been able to keep in touch. 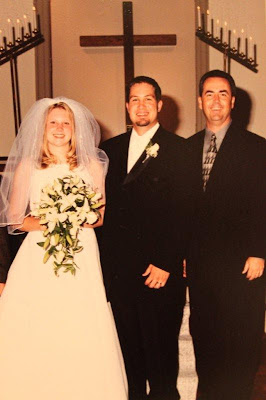 A few months ago, Keith was diagnosed with a terminal brain cancer. He's had brain surgery and several rounds of chemo. We had not seen Keith since his diagnosis and were so excited that he was coming to the reunion. We were not disappointed. It was such a joy to see him and talk to him. We do love him so. He showed us pictures of his three boys- one a senior at Auburn, one a freshman at Samford and one a sophomore in high school. And as we talked, Keith shared more about his cancer. He told us it is terminal- there is no cure and they cannot eradicate it. They can only hope to contain it. Jack asked him how long he will have chemo and Keith told him the rest of his life. The chemo keeps the cancer in check. So far the chemo is doing it's jod- he's had MRI's and the cancer has not spread.

And as we spent time with Keith, I was so moved by his attitude. He looked at me and said, "It's ok, Carrie. God is blessing through this. And I am not concerned because He is sovereign." And later, as we were saying good-bye, we told Keith we were praying for him. And he said, "I just want you to pray that Christ is glorified. That's all that matters. Whether He takes me home soon or I live much longer, I just want Christ glorified."

I don't know what to say. I was so moved, so challenged, so touched. Believe me when I say that it was very evident that Keith meant every word that he said. He was not just saying the "right" things... he really meant them.

And so, Jack and I have adopted a new mantra.... Think Like Keith! Whenever we face difficult things we are just going to look at each other and say, "Think Like Keith!" If Keith can face what he is facing trusting God and seeking His glory, then so can we. No matter what challenges we may face God is sovereign and He is love and He is good and He is infinitely deserving of glory. That's what Keith believes, but it's also what Keith lives out.

Christ is glorified, Keith. He's glorified in you. You are bringing glory to your Savior and pointing all of us around you to Him. May we follow in your footsteps in glorifying Him. We love you Keith! Thanks for pointing us to Jesus. 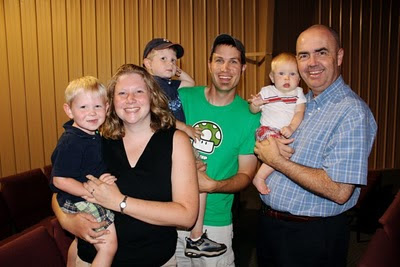