So, if you haven't heard, Baby #3 is another boy!! And yes, we are thrilled. Let me just get on my soapbox for a moment. I really hate it when people ask me if I am disappointed that it's not a girl, or if I really wish is was a girl or if I am going to keep trying for a girl as if a family of boys is somehow incomplete! Truly, I hate it! No, we are not disappointed. Children are a blessing, a joy, and not a given! So many friends have had a hard time conceiving or been unable to at all.... ask them if they would choose one sex over another! No way! And I feel the same way. I feel so blessed, so privileged, so honored that God has chosen to bless us with another child- boy or girl! And so, please don't ask how I feel about having another boy, because I could care less about the sex. Ask me how I feel about having another child.... I am incredibly excited and anticipate the joy of watching my boys grow together, love one another, and I am honored to be their mommy!

Ok, so enough soapbox.... I just had to get that off of my chest! So, baby #3 is a boy. We have chosen to name him Josiah Robert Blankenship. All of our boys have names with meanings. They all have first names from the Bible. Yes, I know, pastor's kids with Biblical names... so cliche! But in truth, we chose men in the Bible whose character and faith challenge us and who we hope our sons grow to be like.

Caleb was named after a man named Caleb in the Old Testament. When Moses and the Israelites reached the Promised Land, Moses sent in 12 spies to check it out. When the spies returned, only two, Caleb and Joshua, believed that God would give them the land He promised them. The 10 saw all the reasons they wouldn't be able to conquer the land- but Caleb and Joshua only needed one reason to know they could, God had said so! What faith! And because of their faith, God rewarded Caleb and Joshua by allowing them to be the only members of their generation to enter the Promised Land. And so this is the verse we claim for our oldest son, "But because my servant Caleb has a different spirit and follows me wholeheartedly, I will bring him into the land he went to, and his descendants will inherit it." Numbers 14:24. We pray he would grow to be different than the world, and that even when all of his friends doubt who God is, he would stand strong and would follow God wholeheartedly!

Noah was named after the Noah who built the ark. In Noah's time, the world was corrupt and people lived in any way that seemed right to them (not so different than today, huh?!?). God searched the earth looking for a righteous man who followed Him and he found Noah. God asked Noah to do a ridiculous and seemingly impossible task- to build a giant boat because God was going to send something he never had before, rain! And there was going to be so much of it that the whole earth would flood! Noah, did as God called
him to- even when it was hard, even when his friends and neighbors mocked, even when he didn't totally understand, he followed God. Because of Noah's righteousness and obedience, he and his family were spared God's judgement. What faith! What strength! And the verse we claim for our middle son is "These are the generations of Noah. Noah was a righteous man, blameless in his generation. Noah walked with God." We pray he would grow into a righteous man who stands out among his generation as one who walked with God!

And our youngest son we have decided to name Josiah. He is named after the young king in 2 Kings 22-23. Josiah was only 8 when he became the king of Judah. During this time, the nation had turned away from God and was worshiping idols. When he is 18 years old, Josiah sends workers to repair the temple. As the work begins, they find God's word among the ruins. When Josiah reads God's word, he tears his clothes in brokeness as He is confronted with the truth and realized Judah's sin! Once Josiah is changed by the Word, he initiates massive reform in Judah, commanding the destruction of the idols and their temples and leading the people in a revival! As a young man, he impacts an entire nation for the Lord. And the verse we claim for our youngest is "And the king stood by the pillar and made a covenant before the LORD, to walk after the LORD and to keep his commandments and his testimonies and his statutes with all his heart and all his soul, to perform the words of this covenant that were written in this book. And all the people joined in the covenant." 2 Kings 23:3 We pray that he too would be a leader who kept all of God's ways with all his heart and who inspired others to do the same!

What an incredible honor and privilege it would be to raise men who live like their namesakes. We are not worthy of this task and so we pray daily for wisdom, for God's working in their hearts. Would you join us in this prayer?

And just for fun, here are pictures of Josiah! 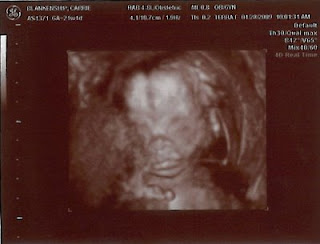 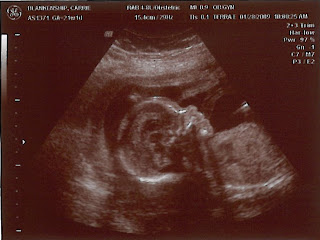 And here is his precious profile!

O'Dell Family said…
Our children have names with special meanings too! Another common for us!
August 3, 2009 at 9:11 PM