Tonight we visit the shepherds in the field, keeping watch over their flocks by night. These rough, lowly men were the ones that God chose to announce the birth of the Messiah. Christ came for all. He had no care for station, education or spiritual prowess. And so God announced his birth to shepherds in the field. And these lowly men responded immediately, searching out that which the angels had told them. And then they told everyone what they had experienced and seen from God. The first worshippers of the Messiah and the first evangelists- just a bunch of shepherds! 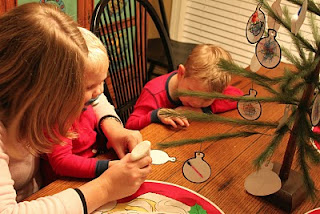 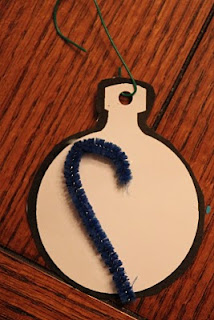 Carrie C said…
Hey, Carrie :) Thank you SO much for taking the time to post all of this/take pictures/invest your time sharing it last year....Just searching for day 25 and wondering if you posted it and I'm somehow missing it. Also, did you get your ornaments from that link that you posted at the beginning? Thanks Carrie!!! :) Praying for ya'll as you transition to a new place...and congrats on your new grain of rice!
December 2, 2010 at 9:46 PM