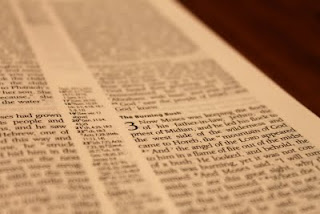 Day 10 of our Jesse Tree has us meeting a man named Moses as he meets God in a burning bush. A very cool story, especially to our 3 year old. Caleb thought it was so cool that God spoke in a fire. Jack explained that the family of Abraham, Jacob and Joseph who we have already learned about grew really, really big. "The family" (as we are calling the nation of Israel) ran out of food and went to another land called Egypt. After many years a mean king named Pharaoh took charge and was very mean to the family. But the family called out to God to save them and so God spoke to a man named Moses in a burning bush and told him to go save the family from Pharaoh.

A very simplified version of the story. But Jack also told Caleb an important lesson- that when we call out to God when we are scared, or hurting, He will hear us and take care of us, just like He did for the nation of Israel. I think tonight I am touched just by that simple yet profound thought. The God who we have been learning about each night- the one who is Creator, the one who spoke to Abraham, who made a plan for redemption from eternity past- that same incredible God hears my prayers and takes care of me- just me, no one special or important, not a pastor or Bible scholar, just me! 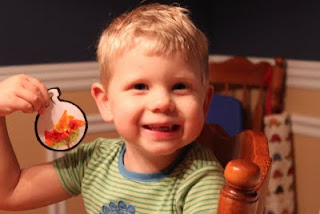 Caleb with our finished Burning Bush 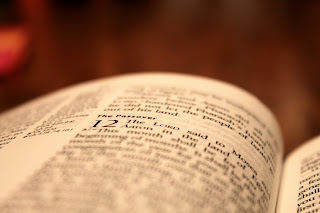 Day 11 has us a littler farther into the story of Moses. Moses has gone to Pharaoh and warned him to let God's people go, but Pharaoh has not relented even as God has displayed His power and might in the plagues. To show His complete control over even Pharaoh, God is sending the final plague of death. Moses instructs the Israelites to sacrifice a lamb and spread its blood over their door frame. This blood is a sign of their place within the family of God and will protect them from the plague of death. This was a hard one to explain to the boys, but Jack did a great job. He glossed over each plague and Caleb thought they were all gross and a little funny and then said that the night before the family of God was free, they had something called Passover and they spread the blood of a lamb over their doorways to show they were a part of God's family.

As followers of Christ, we are members of God's family. And the evidence of this is the blood of the lamb spread over our sin. Christ was our sacrificial lamb and through His blood we are saved from the punishment of death. And this is why we worship the baby in the manger- He is our lamb. 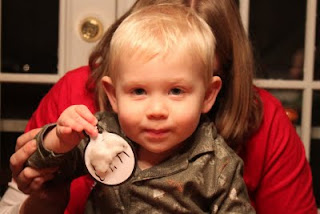 Noah with our finished Lamb.