We had such a wonderful Christmas this year. It was quite a busy one, but very fun with lots of family time. We began our Christmas at my parent's house Dec. 22-23. We resurrected our childhood tradition of doing an advent ring, lighting candles while singing carols and ringing bells to Evie's "C'Mon Ring Those Bells." The boys really seemed to enjoy it. 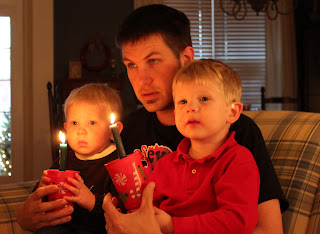 Jack and the boys with their candles

We spent lots of quality time together baking cookies, roasting marshmallows outside in the fire, opening presents and then playing with them. Caleb and Hayden both got scooters from Grammy and Pop-Pop and Noah got a riding toy. It was so nice to be able to spend time together- all 11 of us (my how we've grown!). 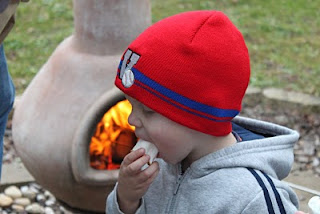 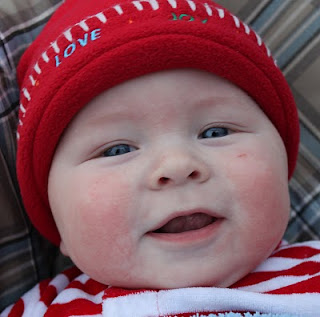 Josiah bundled up while we roast marshmallows 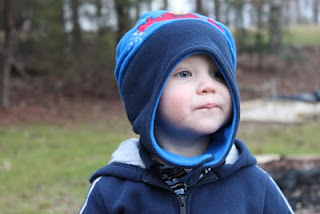 Cutie pie Noah playing outside at Grammy and Pop-pop's 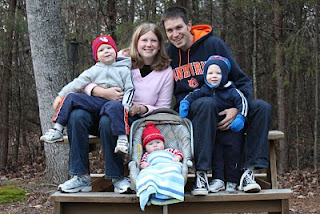 Adding to our Christmas fun, about two weeks before Christmas Caleb started telling EVERYONE that he wanted a Diego Tent for Christmas. Jack and I had no idea what a Diego Tent was and figured that he would just forget that is what he asked for, plus we had already bought him a bike. But he did not forget. And when he and Hayden got the scooters from Grammy and Pop-Pop, Hayden exclaimed, "I knew it! This is what I really wished for and I knew I'd get it!" To which Caleb replied, "Me too! And you know what I really wished for Hayden, a Diego Tent!" So after that, we knew that we had to do our best to find him one. On the 23rd, Stacey and I went to every packed out store up there looking for ANY kind of tent- no luck. So as we drove home on Christmas Eve morning to be back in time for naps before the Christmas Eve service at church, Grammy and Pop-Pop went to several stores before finding a tent at Toys R Us what had safari animals on it- we figured Diego is an animal rescuer so it would work!

After naps we went to church. This year, our new pastor included the children in the service doing a children's sermon with them. It was absolutely precious to watch Caleb and Noah on the stage. Especially Noah who kept playing with his friend Garrett's hair and turning around to smile at us! 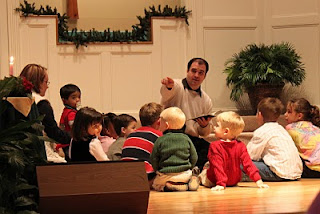 The children's sermon on Christmas Eve 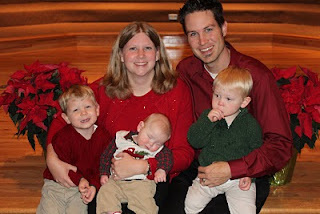 Our family after the Christmas Eve service- I think Josiah was tired!

After the service we went home and enjoyed our Christmas Eve tradition of Chicken Alfredo with Broccoli. We did our final Jesse Tree and sent the boys to bed. After we were sure they were asleep, around 10 pm, Jack went into the attic to get down Caleb's bike and put it together. As he started assembling it, we were shocked to find that it was missing the front tire!!! He ran out to Walmart and K-Mart just in case they were open, which of course they weren't. It was quite a stressful Christmas Eve as we tried to figure out what to do. Eventually we decided to give him the bike in the box, unassmbled, explain the situation to him and tell him that first thing on the 26th Daddy was going to take the bike back and get one with TWO tires! We hoped and prayed that the fact that we had a tent would help. 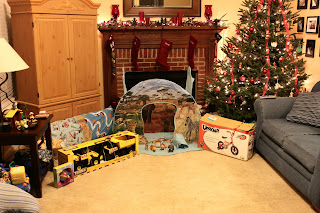 Ready for Christmas morning- notice the bike in the box and the "Diego" tent.

Thankfully, Caleb was very understanding about the bike and was very excited about the Diego Tent even though Diego was not on it. We enjoyed our Christmas morning and then ventured outside to play with our new toys. We got to relax at home on the 26th which was wonderful and have lunch with out great friends Susie and Eric who have moved to Texas but were home for Christmas. Jack also got to Kmart as it opened at 8 am and was able to exchange the broken bike for the only one they had left in the store! Praise God! So, we also enjoyed more outside time. 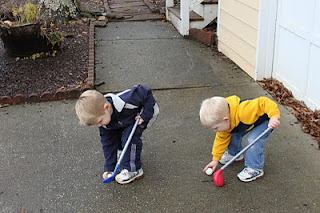 Playing with their new golf clubs. 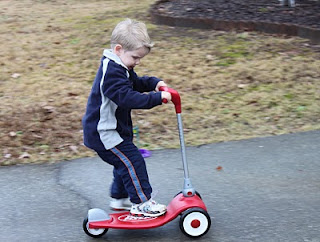 Riding on his scooter 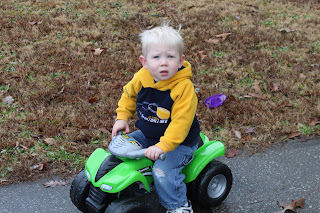 Riding on his motorcycle 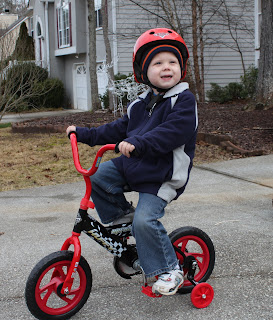 Yay! A bike with TWO wheels! 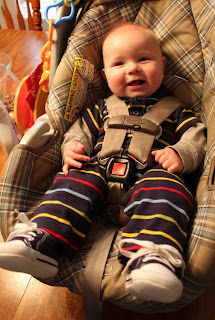 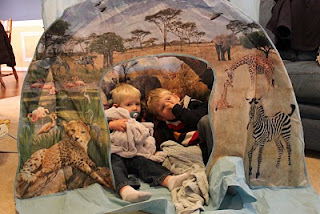 Watching tv in their Diego Tent

Jack preached on the 27th at church and was amazing as usual. Then on the 28th we left for the Youth Evengelism Conferent in Macon. We enjoyed the time of worship and in the Word with our students. We returned on the 30th, unpacked, repacked and got up on the 31st to drive to Alabama to spend time with Jack's family. Caleb had a cold and was pretty pitiful, but about halfway there, things went from bad to worse as he burst into tears several times saying his ear hurt. Eventually we had to drive an hour out of our way to the only urgent care we could find open to have him seen by a doctor. He had his first ear infection- and a pretty severe one too. We got him some antibiotics and finally arrived with Nana and Paw-Paw. We had a wonderful time with them. The boys enjoyed helping Paw-Paw feed the horses and they got to go to the firehouse and check out the fire trucks. Paw-Paw even took Caleb for a ride on one! The boys rode their Diego trikes that Nana and Paw-Paw got them, enjoyed the neat cars they got, and played with Sasha. We also got to visit with Jack's grandfather for dinner one night. It was a very fun few days. 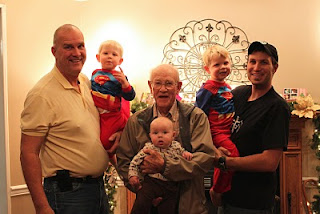 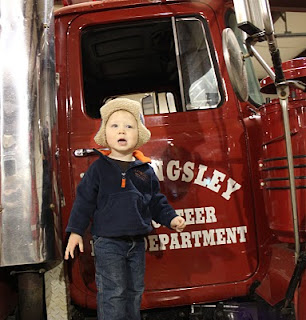 Noah on the fire truck 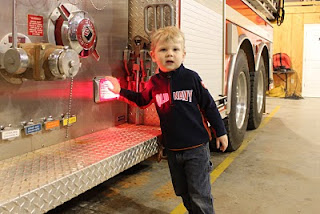 Caleb checks out the flashing lights 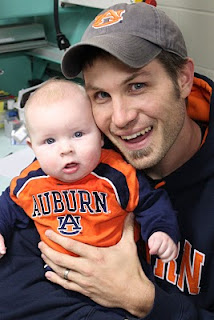 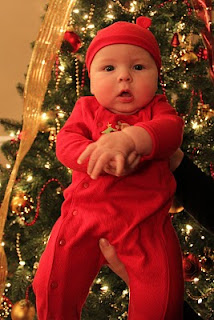 Josiah looking so sweet in his Christmas pjs.

Phew! What a busy, but wonderful Christmas. It was filled with lots of family time- my favorite gift of all.