Jack's parents are not going to be able to be here for Josiah's birthday later this month since his dad is having knee replacement surgery on Monday. So, today they came for a visit and to bring Josiah his birthday presents. They got him a LeapPad. It takes all of the same games as Caleb and Noah's Leapster Explorers, which is great, but is more like a tablet which makes it a little easier for Josiah to play. It also has a camera and video feature on it.

When Jack and I walked his parents out this afternoon, we just ended up sitting on the back porch leaving the boys alone in the playroom. When we came back in we found that they had discovered the video and camera feature on Josiah's LeapPad and had taken several videos and a few pictures. I love them. So, so cute and all on their own. I love how Caleb says, "Moving on" and how Noah & Josiah both interview Caleb. I apologize that two of the videos are sideways- cinematographers they are not! Enjoy! 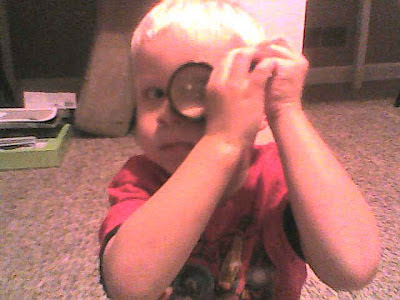 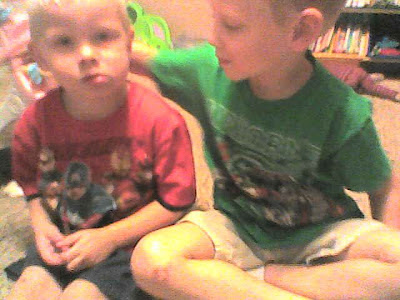