Last year we took a walk in our neighborhood. I was just a few days away from having Eden! And as we walked, we noticed lots of our neighbors putting lawn chairs in their front yards. Confusing... I wondered if there was some kind of parade. So we asked and yes, the neighborhood puts on a parade every year for the Fourth of July. I made a mental note to make sure we participated next time. And so, this year we did! The boys and I decorated their bikes so they could ride them in the parade and I decorated the stroller for Josiah and Eden. All the kids wore red, white and blue.

The parade was cute and fun. Lots of kids on bikes and scooters, some pulling wagons, other parents with strollers. One lady in our neighborhood dresses as Lady Liberty every year and rides in her convertible. They also crown a queen who rides in the convertible with her (not sure exactly how this works!). And the summer campers from the YMCA come dressed in their best red, white and blue to march in the parade singing and chanting. There was also a guy this year who played the trumpet. The boys had a great time, even though it was super hot. We've already bought decorations 70% off for next years parade! 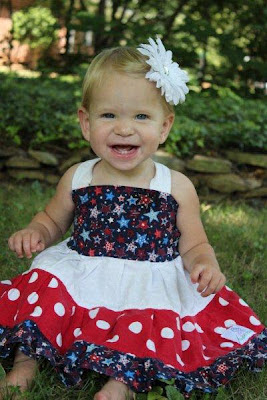 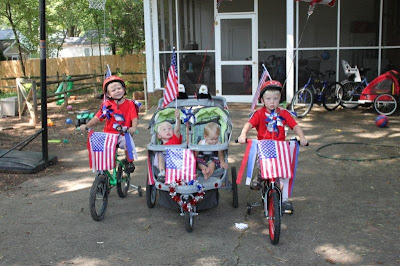 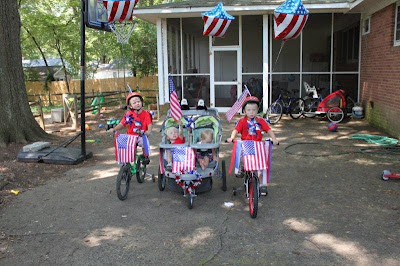 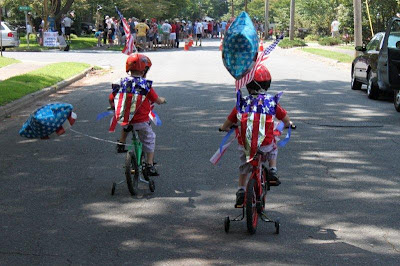 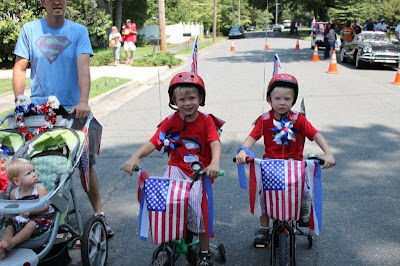 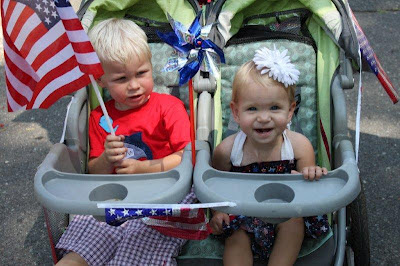 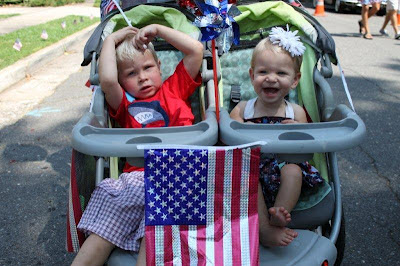