We're home! It was an amazing trip. Over the next few days (and possibly weeks) I am planning to write a series of blog posts detailing the events of our trip and sharing pictures. It is a way for me to share with all of you about our trip, but also a way for me to record my memories, thoughts, and lessons learned on this trip.

We left Friday, September 17 at 3:30 in the morning. I cried Thursday night as we put the boys to bed and then I cried again on Friday morning as I kissed each one of their sleeping heads and whispered good-bye. It was hard to leave them. I wasn't worried about them because I knew they were in good hands with Nana and Paw-Paw, but they are my babies and I was going to miss them. Last year when Jack was in Ethiopia, I posted on Facebook how happy I was that he was going to be home the next day and that I had missed him. A person commented that I had the wrong attitude in missing my husband. They thought that it was wrong to eagerly anticipate his return. She said to even consider it a sacrifice that he was gone was unspiritual and she suggested I needed to be more kingdom-minded. I humbly disagreed then, and I do now. I was thrilled that Jack had the opportunity to go to Ethiopia. I supported him 100% and prayed that many were reached with the Gospel while he was there. But he is my husband and my best friend. And because I love him, I also missed him. And because I love him, I looked forward to seeing him again. And yes, because I love him, it was a sacrifice to be without him. Was it the greatest sacrifice of all time? By no means. Was the sacrifice worth every moment? Absolutely. Would I be willing to make that sacrifice again for the Kingdom? May God provide many more opportunities. But there is nothing sinful or unspiritual about missing our families when we are away from them, even for the most important of callings. In fact, it is very God-honoring to serve Him even while missing our loved ones. Though we love those who we are away from, we love God more. And so, on Friday morning I tearfully said good-bye to my boys. I love them. I love them more than I thought possible before I had them. But I love Jesus more. And so, though I missed them like crazy, I left them behind to follow God's calling to Ethiopia.

We met the rest of the team at the church. There were 8 of us in total- me, Jack, Sandy, David, Michelle, Cheryl, Taylor and Jeff. We loaded up the church van and headed for the Atlanta airport. The morning was pretty uneventful as we took a small plane to Dulles Airport and then boarded a large one bound for Ethiopia. Thankfully, the flight was also uneventful.... though very long! Jack and I were very happy when we were first seated to find that our seats were on the bulkhead of the plane so there were not any seats in front of us... YES! But this plane had a very interesting feature. Portable cribs were able to be hooked into the bulkhead for children to sleep. And we happened to have a mother with her 2 year old daughter sitting next to us. So Jack spent the majority of the 15 hour flight with a baby sleeping right over his lap. I was awed by the generous spirit of my husband. He never complained, and actually spent a good bit of time sharing his i-Pod with the mother and little girl when she was fussy. He challenged me even then with his Christ-like attitude.

We landed in Ethiopia safely at 8:00 am (Ethiopia time) Saturday morning. So, though we had all had only had the few catnaps we were able to get on the plane since 3:00 am the previous morning, it was morning in Ethiopia and time to hit to ground running. All of our bags arrived safely and made it through customs. As we exited immigration and customs, our friend Jonathan was waiting for us. Jonathan is an American who lives in Ethiopia and coordinates the teams who come to minister. Jack met Jonathan last year on his trip and the two bonded. And they picked up this year right where they left off- with a big hug! Jonathan was there with two of our translators- Bekalu and Belay (pronounced Buh-lie). Bekalu was one of Jack's translators last year and they were both happy to see one another again. Jack and I instantly bonded with Belay for one very cool reason. When Caleb was very small, he had trouble saying Caleb correctly and somehow it came out "Buh-lie." That's what Caleb called himself for a good many months and so when we met Belay in Ethiopia he reminded us of our son.

We boarded our bus driven by our driver, Solomon, and drove to a coffee shop for breakfast/brunch and for Jack to exchange our American money for Ethiopian birr. Then we loaded up the bus and began our 5 hour trek to Shashemene. Though most of us were exhausted, we stayed awake for much of the bus ride taking in the sights. We drove through Addis-Abbba and out into the countryside as we journeyed to the town of Shashemene and our home for the week, the Lily of the Valley Hotel. We took a pit stop about 3 hours into the ride at a small drink shop and restaurant that had "american" bathrooms- they had toilets and plumbing. No toilet seats and we had to bring our own toilet paper, but as we would come to find throughout the week, they were very nice bathrooms!

We arrived at our hotel, checked in and met our third translator for the week, Tekele. Tekele was a refugee from Eritrea. Ethiopia and Eritrea have been at war for decades. Ethiopia claims to own Eritrea and Eritrea claims their independence. Tekele escaped the warzone and now lives in Ethiopia. We also met, Dembi, the church planter who oversees the churches we would be working with during the week. Dembi spoke no english, but we very glad we were there.

Over dinner at the hotel, I found out Belay's story also. First, he looks a lot like LeBron James. It took me all day to figure it out! I kept looking at him and telling Jack he looked familiar. Belay (also known as Ben to our team and thus LeBen to Jack) has three older siblings to two younger. When he was 8 years old his mother died and he moved into an orphanage. He learned some english from the Americans who came to work at the orphanage and taught himself the rest. He came to know Christ while at the orphanage as did his two younger siblings. His older siblings were older when their mother died and so were not raised in the orphanage. Belay had the opportunity to lead them to Christ as adults. When he turned 18 he moved to Addis and went to college and just a few months ago he returned from South African where he was in Bible college. He is now 27 and is trying to start a ministry in Kofele, Ethiopia. Kofele is 99% muslim. Belay wants to open a Christian school where he will feed the children breakfast and lunch and educated them and share Christ with them. He also wants to train up missionaries. He said that it was wonderful that we came from American to share with his people, but that Ethiopians needed to be reaching other Ethiopians too. And the name Ben? He once had an employer who pronounced his name wrong and it drove him crazy, so he asked the employer to just call him Ben.

Over dinner the power went out and Belay turned on a candle picture on his i-Phone. Bekalu said that was like "tiger on a paper" which none of us understood! We laughed at his funny phrase and it became a joke for the week as we compared everything to "a tiger on a paper." Later Bekalu explained the analogy saying that a picture of a tiger on a paper was a poor substitute for the real thing- not scary or effective- much like the picture of the candle was in the dark room. Still, it made for a funny saying for the week.

We all said goodnight and gladly went to sleep after a long two days! Our week we just beginning! Stay tuned for more!

Here are some pictures from our first two days:


The drive from Addis to Shashemene 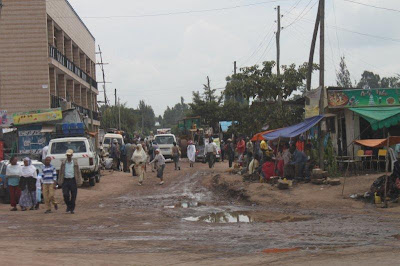 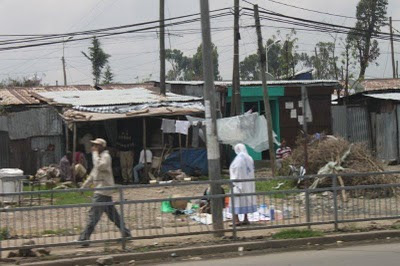 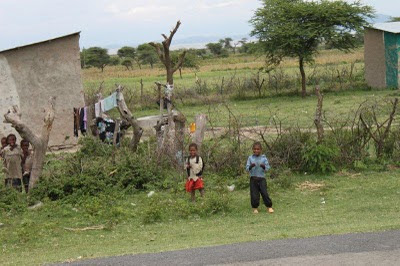 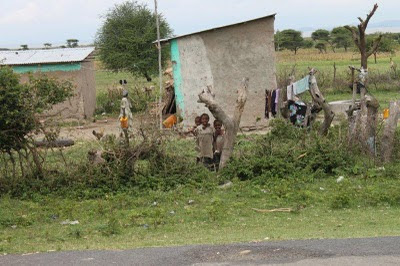 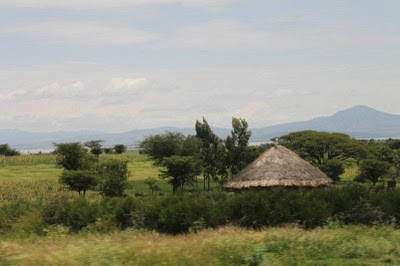 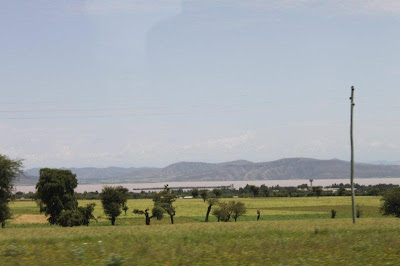 Jack with his other soulmate, Jonathan, at our pit stop 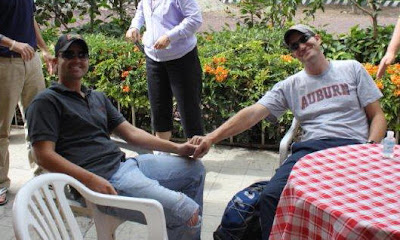 The Lily of the Valley Hotel 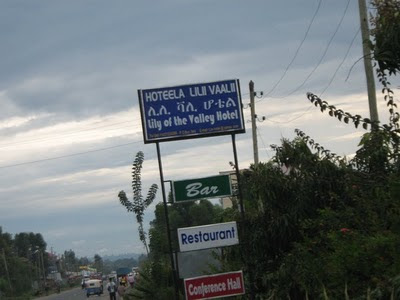