Ten years ago, Jack and I got married and moved to Wake Forest, NC for Jack to attend Southeastern Baptist Theological Seminary. Some of the first people we met were Phud and Christie Chambers. For many months, Jack and I spent just about every weekend with Phud and Christie and our other very good friends Jason and Karen Wilson. Our first married couple friends! At the time, none of us had kids. Over the years, God led our families apart- to different churches, small groups and eventually different states and places of ministry.

Back in October when Jack was interviewing for the position here, he found out the opening he was interviewing for was at Winthrop University in Rock Hill, SC. And right away we both remembered that Phud and Christie live in Rock Hill. When Jack got the job, all four of us were thrilled! God allowed us to be together again. We have so enjoyed being with Phud and Christie here in Rock Hill. And as I shared in the Vacation post, we were excited to find that we ended up planning family vacations to the same place the same week. What an amazing God we serve! That He would provide this job for Jack that he loves so much, a town that we simply adore living in and good friends from the past! Wow, we must praise Him! 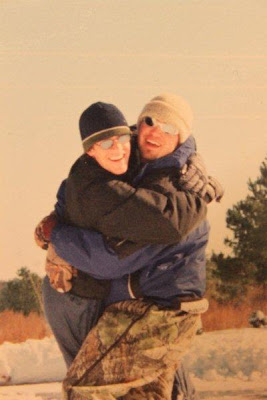 Phud and Jack playing in the snow 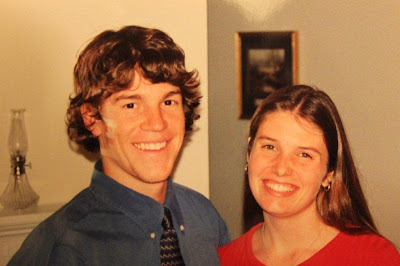 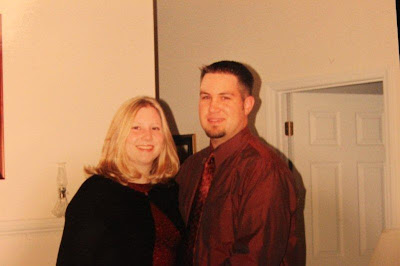 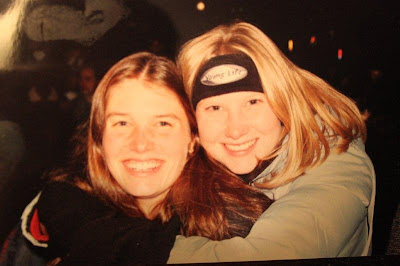 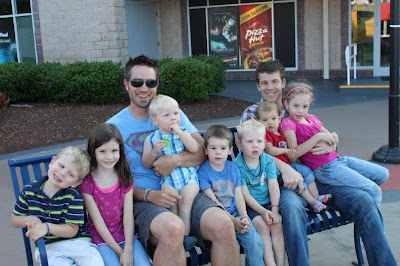 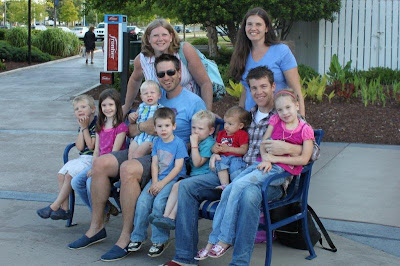 The Blankenships and the Chambers
Where did all those kids come from?!?! :)
P.S.- Our other good friends, Jason and Karen Wilson have 5 kids now. So, if we were to all get together again (after Eden is born), there will be between us 6 adults (just like in 2001) and 13 kids!!!!
Well, the Bible does say we are to be fruitful and multiply!
I keep saying we need to take a trip down to Florida where the Wilsons live and all go do Disney World. Phud thinks I am crazy! :)