Halloween 2015- The Force was with us

This year, our Halloween them was Star Wars. We already had a Darth Vader costume, Nana made us a Princess Leia dress and I did Han Solo and Luke Skywalker. They looked awesome.

Jack has been watching the movies with the boys and they are super into it. Caleb was Han Solo, Noah was Luke Skywalker, Josiah was Darth Vader and Eden was Princess Leia. I had to talk Eden into it. She said she wanted to be a princess, and I said, "But she IS a princess." She was not convinced until I told her she got to carry a blaster. "I get a gun?!?!" OK!"

While we walked around trick or treating, Jack played the theme from Star Wars on our bluetooth speaker. It was so awesome to have a soundtrack for our costumes! 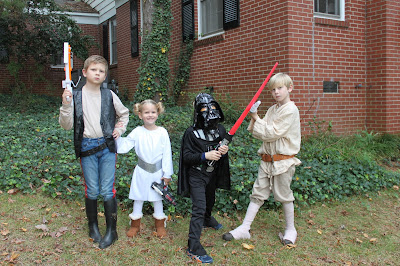 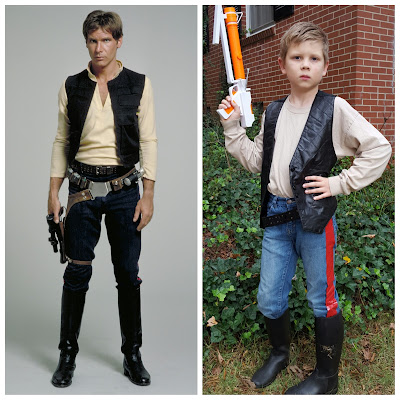 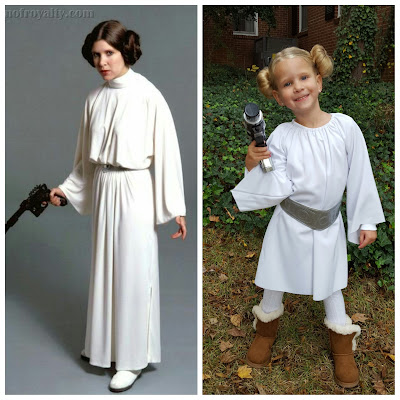 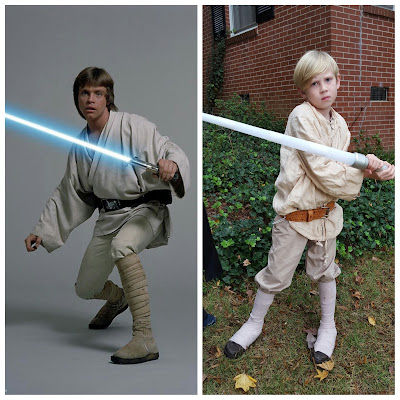 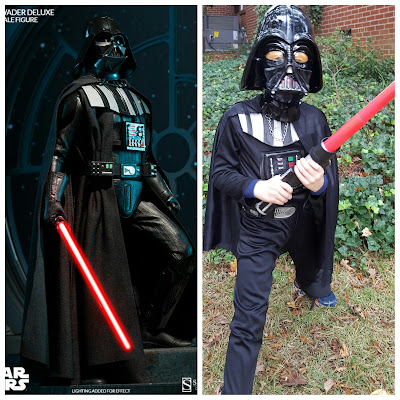