Last week was a big week here in the Blankenship household.

First, Caleb and Noah started swim lessons. Caleb already knows how to swim- he just figured it out last summer! He wants to swim on a swim team and they suggested he have a round of swim lessons to get a little stronger with strokes, etc. And when we went to sign Caleb up, we decided to sign Noah up for Preschool Swim Lessons. Noah does not know how to swim yet and in fact, had a scary moment in December when we were at the beach house for Christmas. So, Monday, they were both very excited to go to swim lessons. Caleb did great.... he was constantly moving he was so excited- fidgeting, going under water over and over, bouncing up and down until it was his turn! He was on one of the pool with his teacher and Noah was on the other. Noah had a hard time at first. He is still a little scared to go in the water without his life jacket after December. I went to the far end to take a picture of Caleb and I came back to find Noah with his teacher in the water crying! Sweet boy is so obedient that he went right to her and did what she asked, just crying as he did it! I got him calmed down and he did great the rest of the class. Jack took the boys on Wednesday and said Noah was amazing and that his teacher, Miss Emily, could not believe the change in him! We have four more weeks of lessons twice a week. Should be fun! 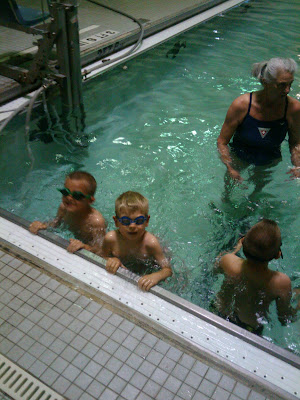 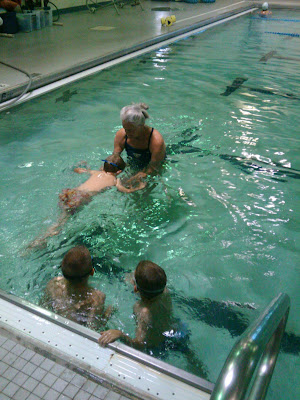 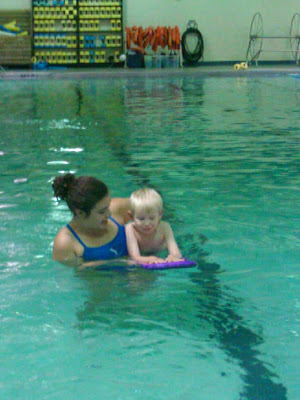 Also last week our big man Josiah went to Potty Boot Camp! I kept him home from school on Wednesday. Noah went to school, Caleb went to the BCM with Jack and Eden took a long nap while Josiah and I had Potty Boot Camp. It was kind of spur of the moment, but Tuesday it became so clear that he was ready and I felt like I needed to capitalize on his excitement. He did great! He really potty trained in one day. Wednesday he had two accidents and lots and lots of success. Then Thursday, Jack took Noah and Caleb to the BCM and we worked on it during the morning hours. He only had one accident, but he was watching TV... not a good idea, I knew. Once we turned the TV off he did great. We even went out to lunch and to the BCM Thursday night where he stayed dry and clean! He hasn't had another accident and has been in underwear full time since Wednesday. In our house, we do intense potty training and once we put on underwear there is no going back! I am happy to say that he is fully potty trained!! He still wears a pull up for naps and at night, but honestly he's been waking up dry almost every time, so it may not be long before he is in underwear all the time. This is the same method that I used to potty train Caleb and Noah. It is laid out in the book "Pottywise." (It is by the writers of Babywise, but please don't comment on how much you love or hate Babywise.... Pottywise has nothing to do with feeding, schedules or infants... it lays out a great method for potty training). But my friend, Carrie, from college has written out this method on her blog. It is exactly the same method that I use. So if you are interested in the details, check out her blog by clicking here. 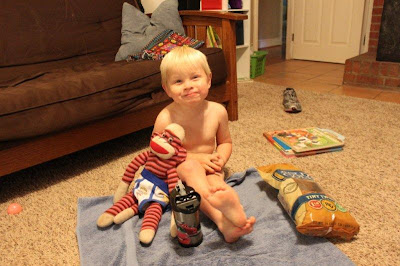 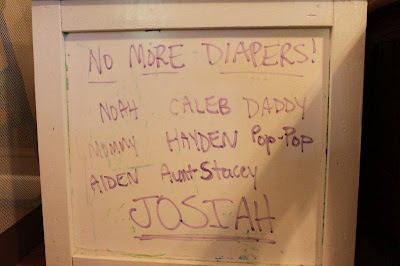 Finally, this little peanut turned 9 months old and started crawling.... but more on that in another post! 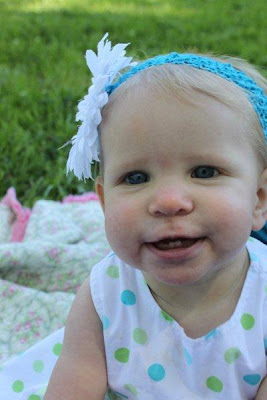