Last week, in addition to our usual curriculum, Caleb and I studied Christmas long ago and Christmas today. We looked at how the pioneers celebrated Christmas, we talked about the very first Christmas, we talked about the ways we celebrate Christmas today. And then we did something I though was really fun! We looked at the history of our Christmas traditions. We read the book The Legend of the Christmas Tree by Rick Osborne and learned about where Christmas trees came from. It was a great book and very Christ centered. We learned how the first evergreen tree brought inside was by a monk named Boniface who used it to teach about the trinity (triangular shaped tree with three sides, yet one tree) and how Martin Luther brought an evergreen tree into his house at Christmas to teach his children about Christ. He lit the tree with candles and taught his children that Jesus was the light of the world. After we read the book, we marble painted some Christmas trees. Super fun and very much not messy (which I loved). 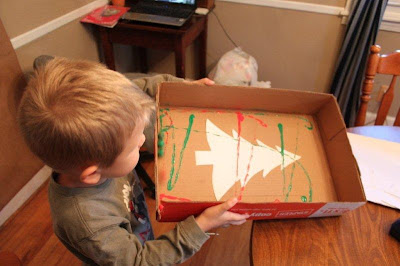 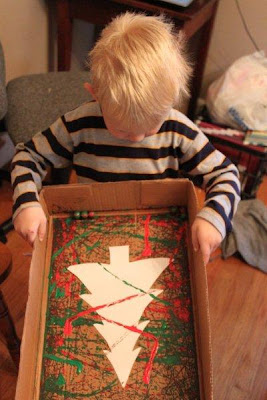 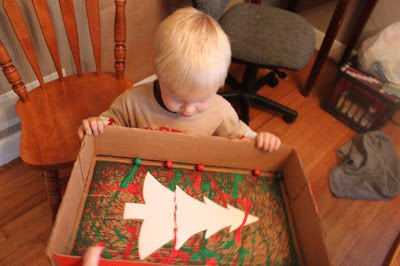 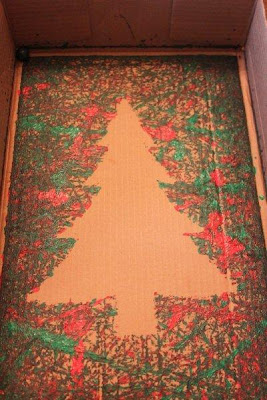 This is what the box lid looked like when we were done. Kinda neat! 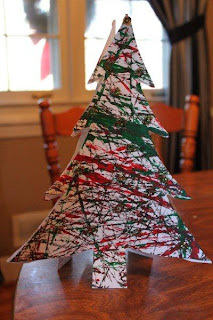 The finished tree- we used dots of glue and glitter to add "ornaments."
While the paint dried, we read the book The Legend of the Christmas Stocking also by Rick Osborne. Again a great book and very Christ centered. This book helped us learn where the tradition of hanging stockings by the fire came from. We read the story of Nicholas, who heard about a poor widower who could not pay for his daughters' doweries to get married. So he threw bags of gold through their window, one of which landed in the girl's socks hanging by the fire to dry. And after we read the story, we colored some Christmas stockings. 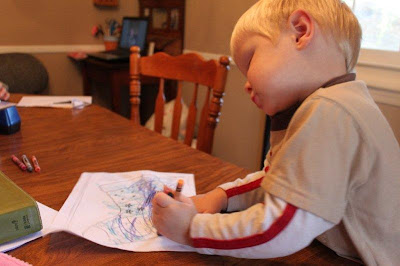 Then we read the book The Legend of the Candy Cane by Lori Walburg. It is the familiar legend about the candy cane being shaped like a J for Jesus and a shepherd's staff and having red stripes for His blood and white for the righteousness we receive in Christ. But at the end of the story was the actual history of the candy. Originally, mothers used sugar sticks to sooth fussy babies. Then a pastor in the 1400's added a crook to the stick so that it would look like a shepherd's staff- he used it to tell the story of the nativity and then gave it to the children to occupy them during the Christmas service. The peppermint flavor was added in America. And it is not known for sure, but most historians believe that one particular candy maker (I can't remember his name!) added the red stripes to tell about Christ's death. After we read the story, we made candy cane cookies. 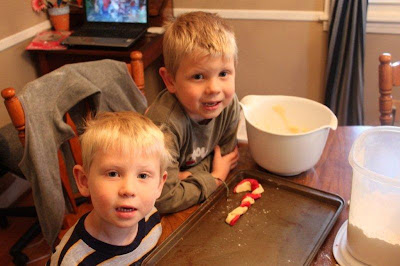 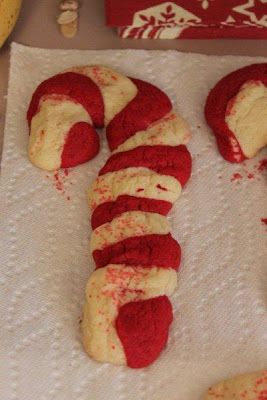 Finally, we went on a field trip with our homeschooling buddies, the Chambers. Just about 15 minutes from here is Historic Brattonsville- a revolutionary war battle site (The Patriot was filmed here!) and homestead from the 1700's and 1800's. They had an event for Christmas that was really neat. We walked a candle-lit path around the homestead from the 1700's and actors dressed in costume reinacted what Christmas would have been like then. And then we followed the path to the 1800's homestead for a view of the slaves and plantation owners (pre-civil war) Christmases. The kids got to make candles and there was a man dressed as Santa would have looked in the 1800's (there was no Santa in the 1700's in America). He gave the kids a treat and talked about the legend of Santa Claus and when and why he was changed to look as he does today. It was a really, really neat event! The kids had a great time and learned a lot. Christie and I thought it was awesome, too! 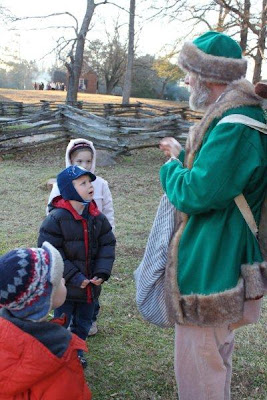 Talking to Santa- When he started to tell about Saint Nicholas, Caleb interrupted with, "I know!" And proceeded to tell the story of Nicholas and the shoemaker's daughters. Santa was quite impressed! (As was I!). 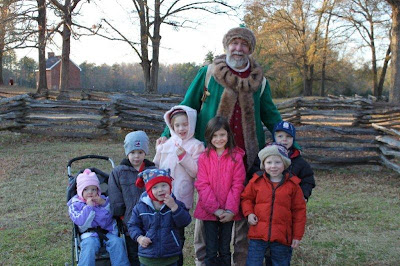 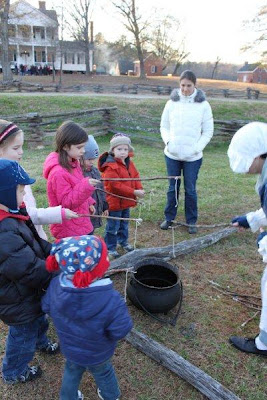 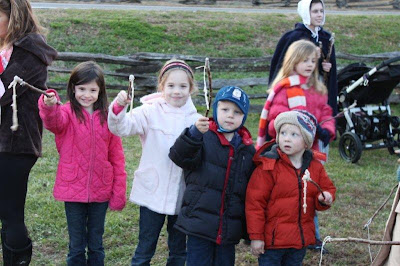 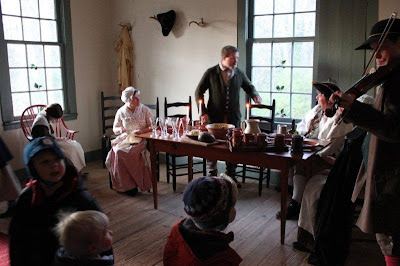 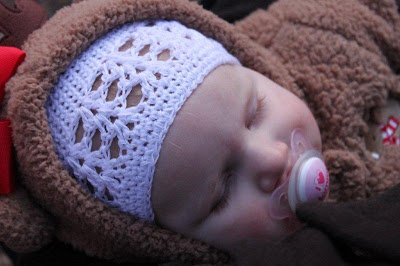 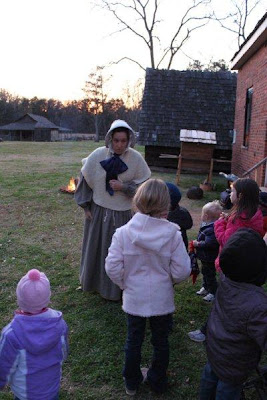 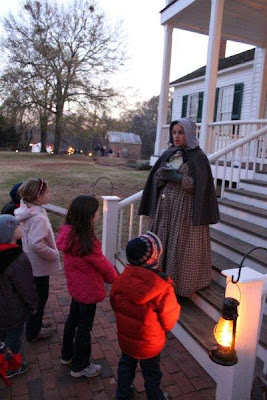 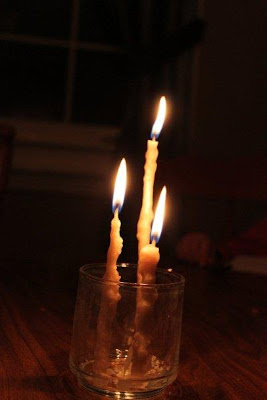 We burned our candles at dinner
It was a really fun week. I loved getting to weave fun family activities into their education, I loved getting to teach them the history of our Christmas traditions and show how Christ is at the center of it all. How blessed I am to be able to stay home and teach our children!