When Caleb was 11 months old he loved the dishwasher and I took this picture of him after he climbed in it all by himself. And yesterday, as I was unloading the dishwasher, Noah climbed up in it too and I snapped this shot. What can I say? The more things change, the more they stay the same! 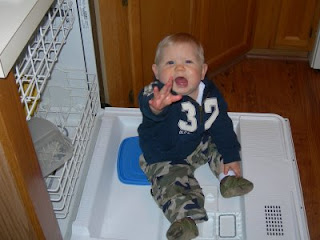 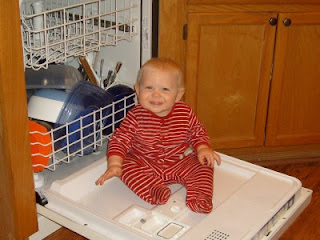